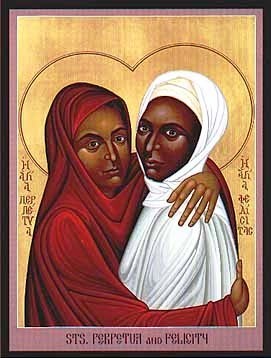 A shared prayer in early African and African-American Christianity is “Lord, have mercy.”  This is a short version of the longer Orthodox Jesus Prayer, Lord Jesus Christ, Son of God, have mercy on me, a sinner.  It is a cry for God’s deliverance.  In the Beatitudes, Jesus teaches “blessed are the merciful, for they shall obtain mercy.”  We can be the answer to each other’s prayer.  Paulinus the Merciful (January 23) renounced a place in the Roman Senate and became a strict ascetic Christian in Spain in the 4th century.  Sometime afterward, he was elected Bishop of Nola in Italy.

The Vandals under Prince Rig sacked the city and rounded up men to serve as slaves.  Among the captives, the only son of a widow was taken.  The woman ran and cried to her Bishop Paulinus as she didn’t have the money to pay his ransom.  Paulinus dressed himself in simple clothes and asked the Vandal prince to release the widow’s son and take him instead.  Rig agreed taking the bishop as his gardener in Africa.  In time, God allowed Paulinus and other slaves to return to their home.